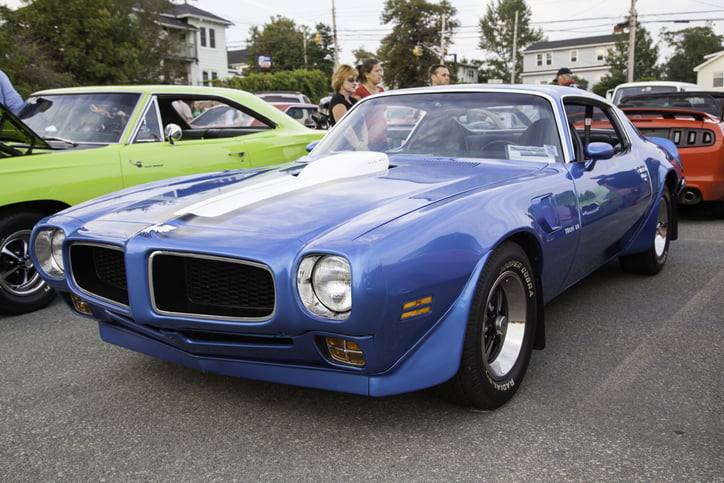 Classic Car of the Month: Pontiac Trans Am

Few automobiles have captured the imagination of consumers and even impacted the future of the company who manufactured it like the Pontiac Trans Am. It was built to be sleek, bold, fast and even took its place among one of the entertainment industries most iconic vehicles.

Production of the Firebird Begins

The Pontiac Division of General Motors began producing the Firebird in January of 1967 as a competitor to the Ford Mustang and Chevy Camaro “Pony” or “Muscle Cars” of its time. The Firebird shared the same chassis and basic platform as the Chevrolet Camaro that was debuted about five months earlier. The Firebird was timed to hit the market about the same time as Ford’s more upscale Cougar.

This was not the first “Firebird” for GM however, as the name was used for a series of concept cars the company produced in the fifties to the early sixties.

Beginning with that first generation of production Firebirds in 1967, Pontiac also created an even sportier edition known as the Trans Am. It would produce Trans Ams as part of its Firebird line-up every year since. For Pontiac, every Trans Am was a Firebird, but not every Firebird was a Trans Am.

Like the Cougar was to the Mustang, the Trans Am was designed to be sort of a big brother to the Firebird. It had better performance options and a larger, more powerful engine. Its interior was more upscale and had more options.

Sales of the early Firebirds and Trans Ams were modest but encouraging for Pontiac. It wasn’t until 1971 that sales reached over 50,000 cars. Sales rose and fell annually until 1976, when sales reached over 100,000 for the first time. Sales would average over 150,000 annually over the next five years.

What would impact sales, so dramatically, almost ten years after the Trans Am was first introduced? A Movie. Not a movie about cars, but one about running beer, a hesitant bride and a good-looking male lead.

A Star is Born

When director Hal Needham went looking for a car to “co-star” in his upcoming movie with Burt Reynolds, he certainly had to give the Chevy Camaro a look. After seeing the Trans Am, however, there was no turning back. He had found his car. A number of 1976 Pontiac Trans Ams were outfitted with what were essentially 1977 Trans Am front ends and the Bandit had his car for Smokey and the Bandit.

The car sped, bumped and jumped its way onto the big screen and into the hearts of car buyers everywhere. Black Trans Ams with a giant spread eagle on the hood seemed to be everywhere and Pontiac’s fortunes looked good, especially when the initial sequels to the movie were made. However, the movie series eventually lost popularity as did the Pontiac Trans Am. Sales slumped, and although propped up occasionally by special limited editions of the Trans Am, production ceased in 2002.

Cementing a Place in History

Just seven years later, in April of 2009, Pontiac totally ceased production of automobiles. It had produced its first cars in 1926.
The Pontiac Trans Am not only played a major role in the history of Pontiac, but in automobile and entertainment history as well.
As a side note, three Trans Ams were destroyed in the filming of Smokey and the Bandit. The original 1976 Trans Am that was initially outfitted with a 1977 front end and chosen by Hal Needham (but never actually used in the film) still exists.

While Trans Ams were produced for over 30 years, it is virtually impossible to talk about this unique car’s history without mentioning Smokey and the Bandit.

Cars can range from the antique to vintage to exotic. Not only do they have unique qualities, their values can vary dramatically. Specialized vehicles deserve special coverage. Whether you have a collector car or a daily driver, Wayfarer is available to make sure your vehicle is properly insured.

As temperatures drop and days grow shorter, collector car owners know it's time to make sure their cars are protected over the winter. But classic car storage is more than simply parking and covering your car.After all, your car represents a significant investment...

END_OF_DOCUMENT_TOKEN_TO_BE_REPLACED 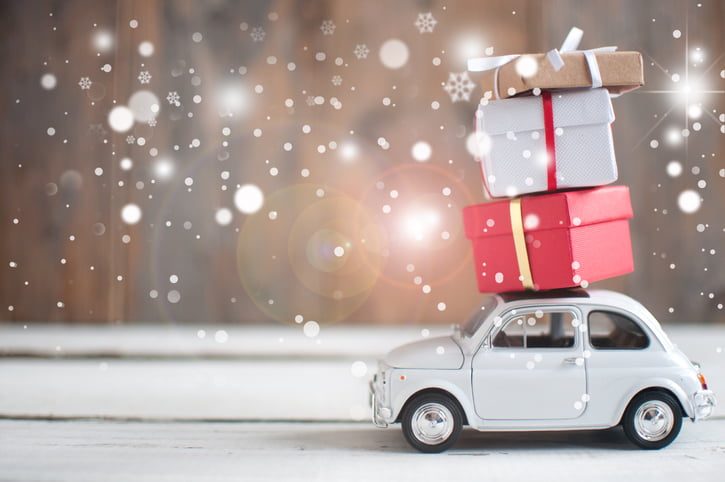 Does your loved one have a collector car in their garage? Does it seem like they pour all of their time and money into the gleaming example of automotive history? Shopping for gifts for car enthusiasts can be a challenge, but it is far from impossible, and some of...

END_OF_DOCUMENT_TOKEN_TO_BE_REPLACED

If you want to fully protect your collector cars, you need to get purpose-built insurance for classic cars. With that move, you can make sure that your policy will cover the full value of your vehicle if the unthinkable happens. Plus, you can get a rate that better...