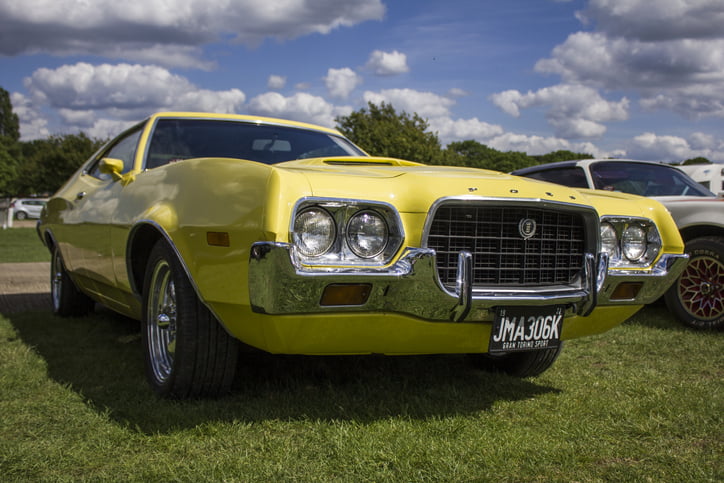 Classic Car of the Month: An In-Depth Look at 1972 Gran Torino

There are more famous movie vehicles. There are more dramatically powerful four-wheeled film stars. But the 1972 Grand Torino will forever have a place in movie fame. An alternative muscle car packing both style and fame into one package, the 1972 Ford Grand Torino piles on the charm. Perhaps best known among contemporary collectors for its part in the eponymous Grand Torino movie released in 2009, this is a relatively accessible muscle car with an indisputable claim to fame.

In the 2009 movie produced, directed, and starred in by Clint Eastwood, the 1972 Grand Torino Sport takes center stage. Owned by grizzled Korean War veteran Walt Kowalski (Clint Eastwood), the car features prominently in the film as Walt’s prized object of affection. The prejudiced, recently-widowed Walt finds an unexpected friendship in teenaged Thao Hmong who lives next door, a troubled teen who’s encouraged to steal the car at the insistence of a local street gang. The movie highlights prejudice, personal growth, and the building of bridges in unlikely places–as well as, notably, an often-underrated appreciation for a classic muscle car whose day in the spotlight has come and gone.

In the movie, we get plenty of glimpses of Walt’s Grand Torino, which featured FoMoCo’s ultimate package for the vehicle: a Grand Torino Sport two-door fastback with a 4-bbl High Output 351ci Cleveland Cobra Jet V-8, capable of producing 300 hp (248 in today’s horsepower ratings). The car appears in the stunning 4Q Deep Green Metallic in the movie, along with the nose-to-tail gold laser stripe and the black vinyl hardtop option. Walt’s prized Torino also featured stunning Magnum 500 wheels and BF Goodrich white-letter radial tires–details that stood out as Walt meticulously buffed and waxed his baby to a scintillating mirror shine.

The Grand Torino, named after the Italian auto manufacturing mecca Turin, was originally released in 1968 and enjoyed respectable sales as an intermediate mid-sized sedan. It essentially began its ride as an upgraded, higher-end take on the Ford Fairlane. The 1972 model was a dramatic redesign by Ford’s designers, who gave it its distinctive bold grill, gritty quad headlights, and Coke bottle flanks, as well as a longer hood and shorter boot that imbued it with an unmistakably muscle-y attitude. In 1972, the new model enjoyed incredible success, selling over 500,000 units–the best-selling car in its class.

When they were released in 1972, Grand Torinos came with a V8 factory option, as well as an optional 4-speed manual transmission. In the years that followed, the demand for high-performance intermediates decreased dramatically, thanks to an oil embargo and increasingly stringent emissions regulations. Following models cut down on engine and transmission options, and most models were sold as intermediate family cars as buyers placed more emphasis on practical concerns and creature comforts.

But that first-generation Grand Torino Sport, the vehicle of Eastwood’s Grand Torino Fame, remains a popular collector car. And with prices holding steady, it’s worth keeping your eye out for one if you’re looking for a new star for your garage.

END_OF_DOCUMENT_TOKEN_TO_BE_REPLACED 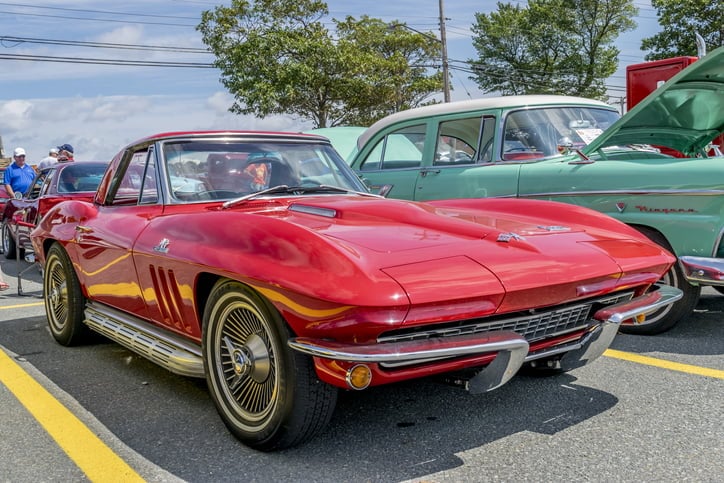