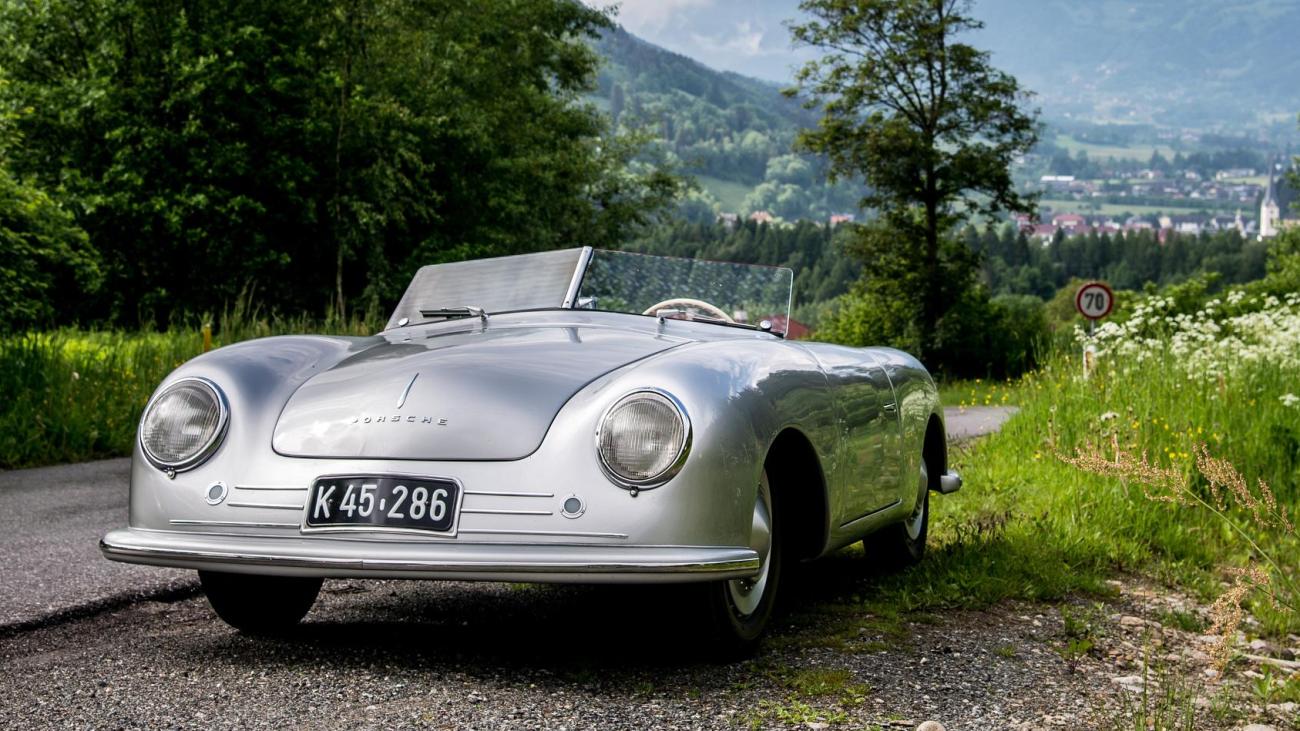 After World War II, automotive manufacturers across the world turned their manufacturing from producing from tanks, trucks, and airplanes to creating more cars that appealed to commuters, families, and driving enthusiasts trying to get back to a new normal after the War. The 1948 Porsche 356 represents the first car produced under the Porsche name. It rolled off the line in Carinthia, Austria at the Gmünd plant. It was created to fuel the auto racing circuit with a ride capable of conquering tight turns and accelerating down wide empty roads. Basically, a vehicle to celebrate freedom.

A Turning Point in Performance Automobiles

The first iteration of what would become an iconic product for Porsche was built with a lightweight aluminum frame. Combined with a rear engine and overall compact body, it produced a surprising amount of power without the need for a massive 12-cylinder engine. Prior to WWII, the international automotive market focused on building bigger motors mounted on large chassis to obtain the speed needed to win trophies. The 1948 Porsche 356 changed everything from that point on.

The 1948 Porsche 356 hid a Volkswagen 1.1L air-cooled flat-four engine under its rear bonnet. That produced 35 horsepower and enabled the small two-door to reach top speeds of 135 km per hour. A four-speed manual transmission put the finer control of acceleration in the hands of its pilot. Its 2100mm wheelbase ensured that it could hug every kind of corner. It was built as both a cabriolet and a coupe, appealing to buyers that enjoyed the feel of the wind in their hair.

A Design Familiar to the Modern Car Buff

If you have ever passed a Porsche 356 on the highway, you may have mistaken the shape of the greenhouse and boot for a Volkswagen Beetle. That is due to the fact that both machines were first created by the same manufacturer, Porsche Konstruktionen GesmbH. Once you come abreast of the driver’s door, then you realize that the long bonnet and subtle sleek styling declares it to have a much finer pedigree compared to what is known as “The People’s Car.” While Porsche continued to refine the look and performance of the 356 over the next fifteen years, there is no mistaking that the familiar shape would provide the underpinnings for the 911 in 1963.

A Model that Took Porsche to the Podium

The 356 designer, Ferry Porsche, knew that his vision would appeal to both the daily driver and competitors. As soon as the 356 was determined to be roadworthy, he took it to Innsbruck and entered it in a local race. It won its class. Over the next two years, the small plant produced about 50 more of the machines. By 1951, the model scored a first place trophy at Le Mans, firmly placing the Porsche name on the scrolls of the lauded automotive competition. In 1952, production for the 356 was transferred to the new factory at Zuffenhausen and continued to crank out the refined little ride until 1965 for a total of over 76,000 vehicles ultimately created in this style.

The original MSRP for a 1948 Porsche 356 was just around $3,500, which translates to roughly $40,000 in today’s money. However, you are not going to find this collector car now for its showroom price. Since only 50 were ever produced, and it is the first model that Porsche identifies as produced by their company, it is a highly valued machine. You can expect to pay a cool $100,000 for one in poor condition, but spending over a half-million on a restored machine is not unheard of.

Who has a Porsche 356 in their Private Collection?

If you added this classic car to your garage, what kind of company would you share? Jerry Seinfeld owns No. 40. It is reported that Steve McQueen owned one of these beauties. The Ingram Family maintains several Porsche 356 vehicles, but not one of the 1948 models. Singer John Oates maintains his own 1960 356 and nabbed the ’64 that belonged to Janis Joplin. Even Jay Leno can only count a 1964 356C among his beauties.

If you manage to buy one of these sweet machines, you are a rare type of car collector indeed! Ensure protection for your prized possession and see how personalized that protection can be with collector car insurance (yes, it’s different!). Ask your agent at Wayfarer Insurance for more information to fully protect your investment.

END_OF_DOCUMENT_TOKEN_TO_BE_REPLACED