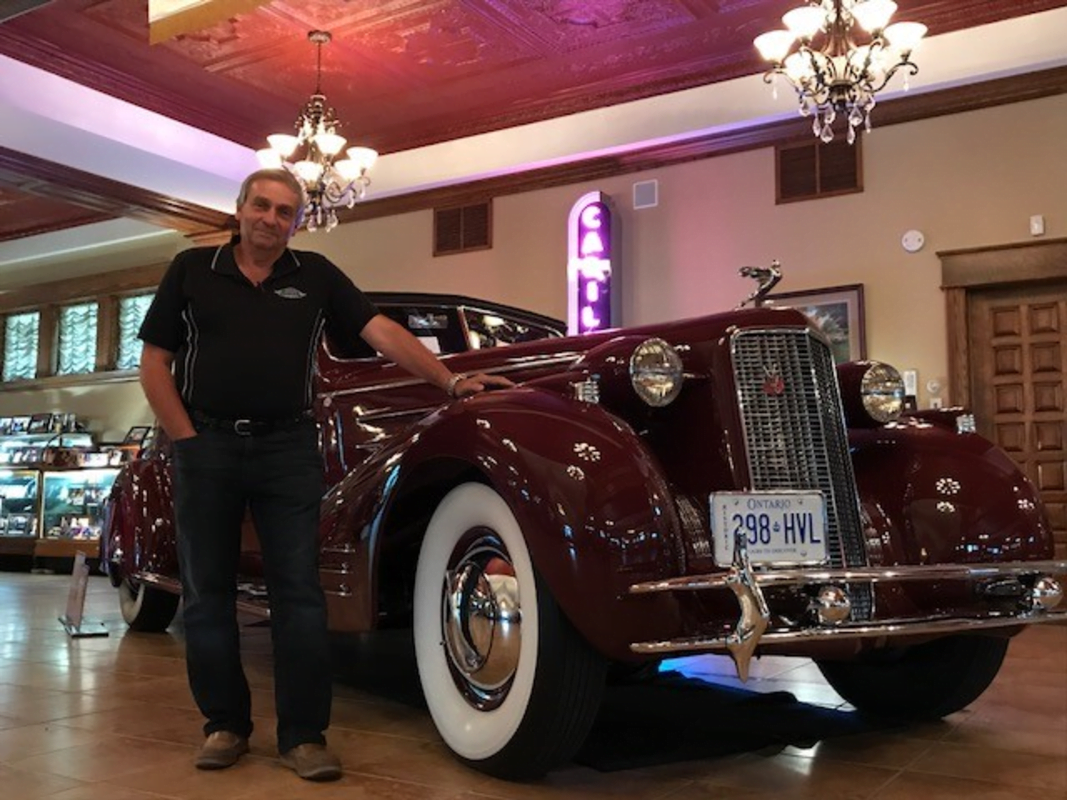 Our Incredible Conversation With Steve Plunkett

Editor’s Note: This post was originally published in May 2018 and has been updated for accuracy as Steve Plunkett has retired the Fleetwood Country Cruize-In.

As owner of one of the largest Cadillac collections in North America, and founder of one of Canada’s largest car shows – the Fleetwood Country Cruize-In, Steve Plunkett is a true collector car hobbyist.

We had the pleasure of sitting down with him and chatting about his unparalleled passion for cars and the importance of giving back to the community. We hope you enjoy reading my conversation with him as much as we enjoyed having it.

“I’ve been a gearhead ever since I was a baby”, he confesses. “No one influenced me. Not my dad or grandfather. But I grew to love them”. “My dad used to let me sit on his lap and steer”, he recalls. “I was steering cars since I was a child. I remember one time I mistook the gear-shift for the turn signal, and I put the car in reverse for a left signal. Thankfully GM transmissions are very robust and somehow his Pontiac managed to just stall. We were very lucky”.

Continuing down memory lane, he explained how in his era, most guys were passionate about cars. “Not like today, it’s really strange. We were just gearheads and car guys. I was passionate about all things mechanical – not just cars, but locomotives, engine rooms of ships, 747s, I’ve even driven a freight train back in the day!”.

“Cars”, he added, “were relatively the only tangible, and realistic thing you could put your hands on. That’s where the interest started. I even got a job at a gas station once. I was pumping gas and it was my dream come true”.

Those of us who know Steve, know of his love for GM cars. His collection boasts about 50 Cadillacs, with Buicks, Chevys, and Pontiacs making up the rest. “I’ve always been a GM fanatic. We’re at around 87 cars…or is it 88? I just bought one last week. I’ll have to check with my broker¹” as he laughs.

“I got into Cadillacs, specifically, when I was in Sales on the road. This was in 1981, and I needed a new car so I bought this big 1976 Coupe Deville. It was last of the big three tonners. And man, that thing was so comfortable, so safe, I was able to carry all my samples in the trunk, I even had a logging chain in the trunk to pull people out of snow, I’d pull hay wagons with it, you name it. I travelled to the east coast in it and back. It had 340,000 miles on it. I still have parts and pieces of it”.

Steve’s first car was a 1963 Chevy Impala Convertible. He had bought it for $250. He honestly confessed that “the body was rotten on it. The floor was okay, but the body was completely rotten. My dad was furious when I brought it home!” When we asked him whether that Chevy was his favourite car, or if he had any other favourite cars,  his answer was “no”. “There is no one favourite of mine. There are different favourites for different reasons. So, for the wow-effect, there’s “The Duchess” – King Edward VIII’s car, or for drivability, there are my ‘70s limos. The 1958 Pontiac, loaded with chrome, is the stunning one. Johnny Cash’s car is probably my most famous one. But I have no one-favourite car”.

Curious, we asked him more about the Johnny Cash car. “That car is famous mostly because everyone knows and remembers Johnny” he answered. “Around two months ago, I got an invitation to bring the car over to Hamilton’s Warplane Heritage Museum. They had a Johnny Cash tribute band playing, and they brought in W. S. Holland – Johnny Cash’s drummer for 37 years. He played all the hits and everything. It was a really fun time. I found out that he was actually interested in buying it off of me or trading it for another one of Johnny’s personal cars. But, of course, I said no.”

“Basically, I love cars with a story”, he explained. “Cars with a story are fascinating to me. I have a lot of cars like that. Sometimes even where you bought them is interesting”

“For instance” he adds, “there’s “The Chicken Coupe Deville” [1925 Cadillac V63 Coach]. It came from Orange, California. It was advertised in print and no one in North America bid on it. It was only $25,000 so I did a buy-in. It used to be owned by a farmer who kept all of his cars in great condition. This was during World War II, so the car was put in a chicken coop, and it just sat there. When I got it shipped here, I pulled out the ashtray and found used cigarette butts in it, so obviously I put them back in there because those were smoked prior to the war. The car is historic. I found that the car had one blue tail light. Turns out, back then there used to be no signals so blue lights were the brake lights. Stories like that are fascinating”. 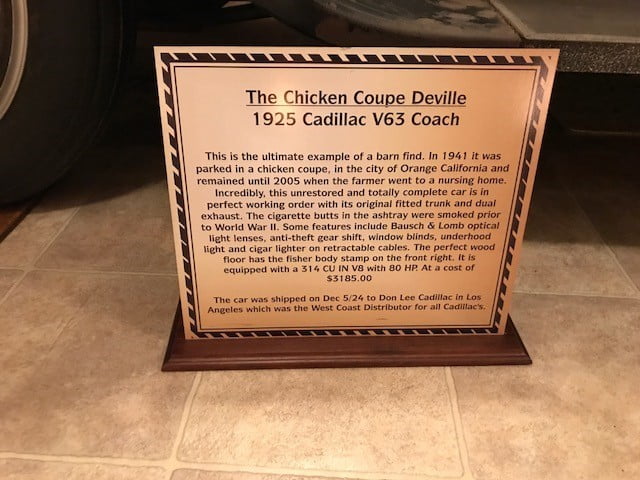 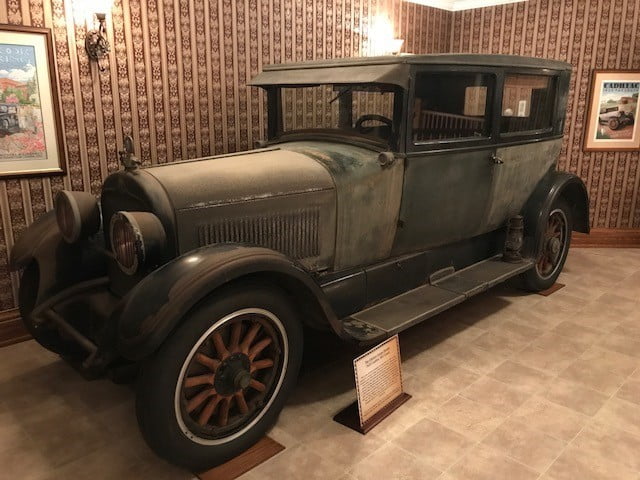 As most car guys have quirks when it comes to the hobby, Steve’s is taking out at least three of his cars each day during the season. “I take one out for breakfast, one for lunch. If it’s hot outside, I make sure it’s one with air conditioning. And I always do something in the evenings. I’ve learnt that the worst thing is to not drive a car and not start it. It’s really important to get them moving. A little bit of use is all they really need”.

He considers himself to be a maintenance fanatic, and makes sure that each of his cars is in great condition. “I always do a springtime safety check before I drive a car. I have a checklist that I run through, I have mirrors on the garage doors so I can check the brake lights etc. by myself. I also check fluids, tires and spot any leaks. It’s funny how stuff happens to these cars during the winter. They go into heated storage during winter, in perfect condition, shape and form, and when they come out, something will be completely wrong”.

For those looking to enter the hobby, Steve has an excellent piece of advice; “It’s one I’ve experienced myself. You’re better off spending a little more money on something in a little better condition than trying to breathe life into a basket case of a car. You’ll spend less money in the long-run if you get something in a good condition, or in a somewhat good condition”.

“I remember I once bought a 1930 V-12 Coupe at an Estate sale. The body on it was perfect. It was originally from Florida. It had no rust on it! So I was excited and I remember the service manager just sat in the front seat examining it, and when he twisted around sideways, his heels were on the step sill, the entire step sill broke off. It was dry rot wood. While the metal was perfect, The whole car was rotten. So we had to turn it around and put it on sale – obviously disclosing the problem”.

Moving on to hobbyist activities, we discussed Steve’s personal favourite car shows and drives. “I enjoy the Concours d’Elegance events. I really enjoy it because that is the high-end side of the hobby. What frustrates me is getting that across to everybody – you don’t have to spend a fortune to go there and be a spectator. There, you’ll see cars that you’ll never ever see at cruise nights or the average car show. And these are usually within reach.”

“As for drives, I do the driving tour in Cobble, that is usually great. Bay Harbour, Michigan, near the Petoskey area is incredible. I go there every year with 17 Canadians. We basically invade Petoskey. They put on a wonderful “Vintage Car and Boat Festival” – all this in a gorgeous man-made harbour, surrounded by mansions. They always have a 70-mile driving tour and I never miss it”.

So, after all that, we finally asked him what exactly made him want to host, what has come to be, one of Canada’s largest car shows? The Cruize-In brought together an average of 25,000 people, and has managed to raise just over $1.7 million for charity. As Steve jokes, “for a goofy car show, that’s a lot”.

He explained that “it all started with HASC. The Historic Auto Society of Canada wanted to come for a visit. I thought that it would be fun, so I bought three cases of Coke, and around 60 cars showed up. They were all around the front and back and it was fun. They were stopping over while on a driving tour, so that became the catalyst that got me interested in possibly hosting my own show. So, a couple of years later, I put the word out that I’ll be arranging a small event and nearly 400 cars came. Again, it was a lot of fun, so the next time around, I finally advertised it, and the results were overwhelming. I will proudly admit that I have caused, arguably, the largest traffic jam in the city’s history [London, ON]. I couldn’t repeat that mistake ever again, so I established spectator parking……. thankfully, it completely cleared the roads and that was that”.

“Some of my favourite memories of the events have to be the many entertainers and celebrities we brought in. One time we brought in Batman and Catwoman in the original Batcopter from the TV show. We’ve hosted air shows, concerts and many celebrities. At the end of the day, I wanted it to be for charity, and to always be a fun time as well”.

The Fleetwood Country Cruize-In was truly unlike any other car show. Not only were there stunning classics and collectors on display, there were always people willing to share their incredible stories, such as the late Irv Gordon – The 3 Million Mile Man. We have many memories and history attached to this show and we couldn’t be more grateful to Steve Plunkett for his dedication and unparalleled passion for the collector car community. 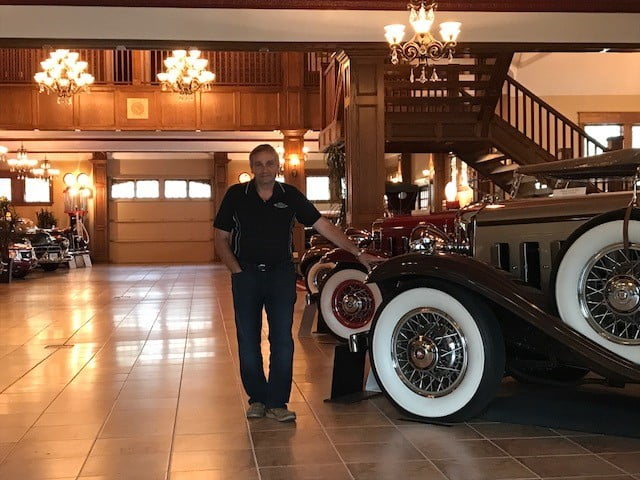 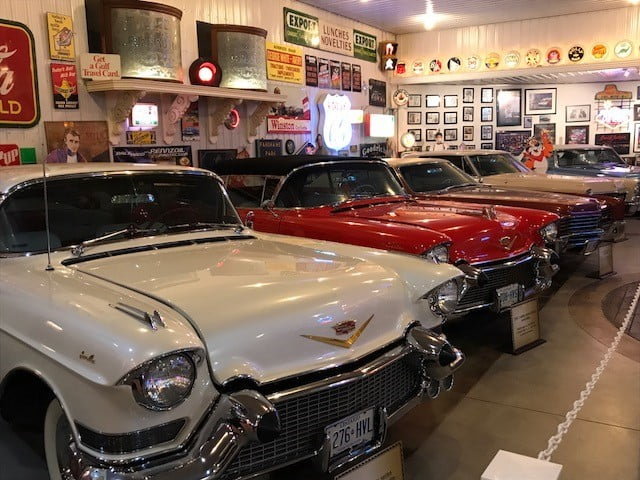 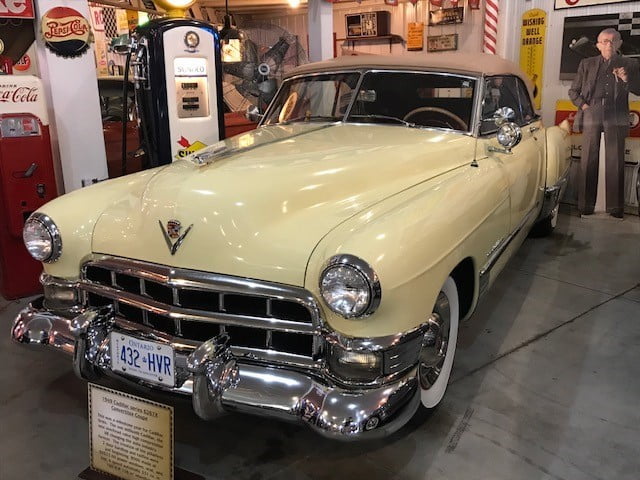 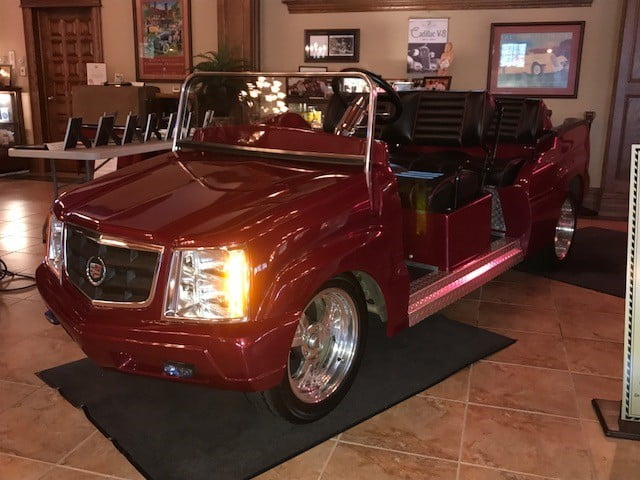 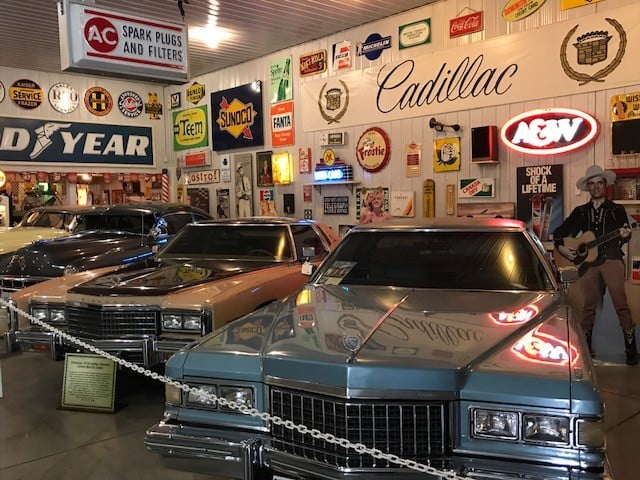