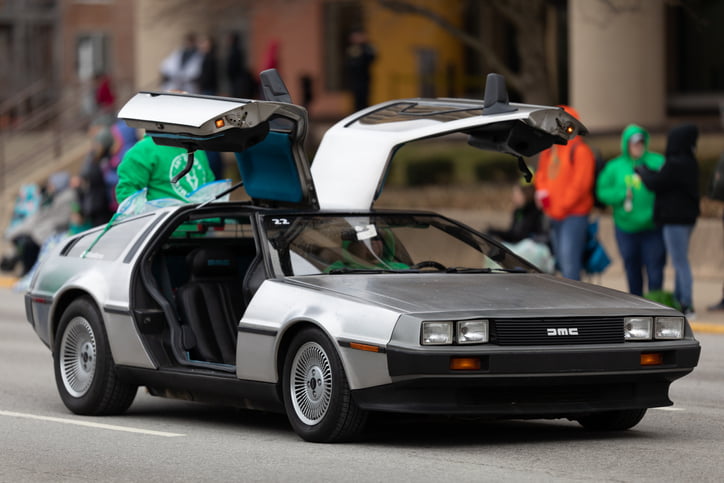 Some might say that the world was simply not ready for the DeLorean, while others blame DMC for rolling out a rather lackluster build from the start. Either way, this futuristic car became the iconic face of time travel and yet had an unbelievably short production run of just three years. But how did it all come to be – and what happened to the remaining DMC DeLoreans of that fateful time? Here’s what you need to know about the car that went back to the future.

The Birth of an Icon

When John DeLorean opened his very own automobile manufacturing business, the DeLorean Motor Company, he had dreams of rolling out a truly ethical sportscar. He wanted to shake up the otherwise mundane industry of the time by creating a car that was not only safe and fuel-efficient but wholly magnificent in its build.

John used his connections and charm to bring Italian designer, Giorgetto Giugiaro, onboard to dream up the exterior design. As with all his creations, he went big by using his Tapiro concept made for Porsche in the 70s as his inspiration. The result was a wedge-shaped marvel with a natural stainless-steel finish, attractive louvers, and stately gullwing doors. Bright interior colours paired well with the wild exterior styling, creating a bold aesthetic that left onlookers wholly enamored.

A mid-engine format would have perfected the rear-wheel-drive build, but it wasn’t meant to be. Instead of following in the footsteps of powerful racecars, they scrapped the idea and moved the engine to the rear. Not only did that severely impact handling, but the V6 fit in the rear lacked power to boot. Many other plans changed along the way, sealing the fate of the DeLorean before it could even hit the streets.

The decision to manufacture the car in Northern Ireland instead of Puerto Rico, for example, resulted in a serious shipping delay and poor exchange rate. On top of that, the planned $12,000 price tag jumped to $25,000, which put the doomed DMC up against Corvette – and the rest is history.

The DeLorean hit the streets in 1981 to a rather dull reception and its price kept climbing to hit a peak of $34,000 by its final year. Although the initial quality control got ironed out after the first year, the poor performance left buyers looking elsewhere for a thrill. John DeLorean’s legal troubles didn’t help matters either, putting the final nail in DMC’s coffin and ending their only car’s run.

The sad life and times of the DMC DeLorean might just have been lost to the ages if it wasn’t for a little film called, ‘Back to the Future.’ By landing the starring role as the time machine for Doc Brown, this little car secured its legacy as a truly futuristic piece of history. Interest in the build jumped to an all-time high as a result, even though the movie came out a couple of years after the end of the DeLorean’s production run.

The interest still exists, too, resulting in the drive to build an all-new DeLorean DMC 12. The new owner of the DeLorean Motor Company, Stephen Wynne, spearheaded the project recently to breathe new life into the ill-fated car. It makes sense, too. If things had gone just a bit differently, the original could have revolutionized the automotive industry and stayed in production much longer than three years.

The tentative fall 2021 unveiling date has come and gone, so it’s anyone’s guess on when the new DeLorean design will land on magazine covers. The build details are scarce as well, perhaps to avoid over-the-top speculations that could damper its reception. Rumour has it that the exterior styling will largely stay the same, while the powertrain, suspension, brakes, and the like get a modern overhaul.

Enthusiasts Can Still Own a Piece of History

While waiting for the revival of the DeLorean, enthusiasts can still own a piece of history by getting an original instead. Although only 9,000 were built across its three-year production run, 6,000 still exist. They do not land on the auction block often, however, since they are well-loved by their owners.

When they do, they tend to go for anywhere from $30,000 to $50,000, depending on their condition. The newest iteration may have a $100,000 asking price, reflecting its power boost and other modern upgrades.

If you have the rather rare opportunity to own popular classic cars, like the DMC DeLorean, protect them with collector car insurance from Wayfarer Insurance Group. With the right level of coverage, you can head out on all your adventures with confidence that your investment remains well-protected wherever the road takes you. So, call 844-929-4768 to discuss your options and find the best plan for your needs. Ask about our emergency roadside service plans as well, so you can get help on demand if your car starts acting up.

END_OF_DOCUMENT_TOKEN_TO_BE_REPLACED 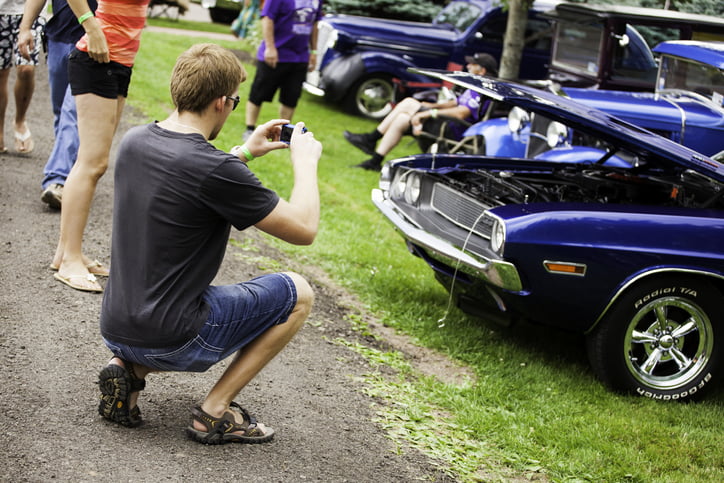 END_OF_DOCUMENT_TOKEN_TO_BE_REPLACED

Will Collector Car Prices Rise or Fall in 2022?

It's no secret that the car market has been a hot one for the past couple of years. As demand increased and supply decreased during the worst of the COVID-19 pandemic, prices for new and used cars shot up significantly. Classic and collector cars were no exception...