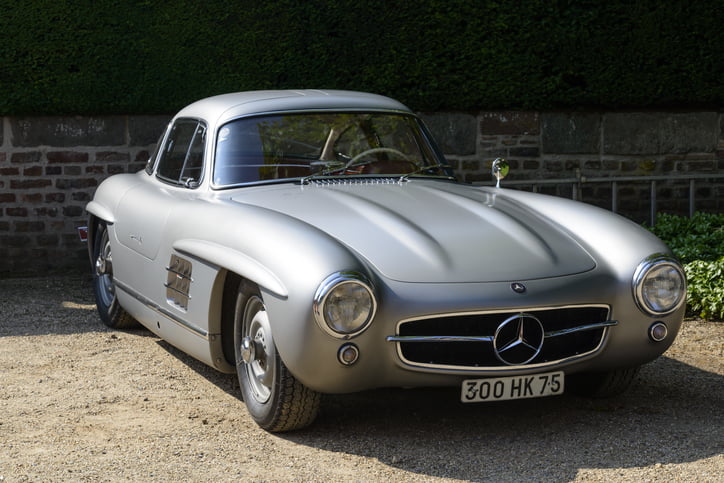 Classic Car of the Month: A Look at the Mercedes-Benz 300 SL

Every month in our blog, we feature a classic car with well-earned fame. This month’s coupe offers wide appeal for collectors and appreciators of true classics.

An iconic racing coupe with an impressive background, the Mercedes-Benz 300 SL is perhaps even more desirable today than when it was first released in 1954. Well-maintained models today typically sell for $700-800k, and fewer than 2,000 are in existence. With that said, fans of the 300 SL say it’s one of the greatest collector cars to own, thanks to the factory parts and trims directly supported by Benz and the helpful, active network of 300 SL owners. The “Gullwing,” as it is sometimes known thanks to its vertical-opening door design, became the first production sports car to feature a direct-injection engine; a true leap forward in terms of performance for 1950’s-era buyers.

The car was designed during a frenzied few months after Daimler-Benz promised American importer Maximilian Hoffman a road-friendly version of the racing W194, a successful coupe that required a great deal of development to become a more comfortable driver. The racing coupe’s tubular space frame chassis and steel body were light, aerodynamic, and eminently raceable, but the car lacked many of the features that a gentleman would expect in a top-of-the-line sports coupe. Added soundproofing, a heating system, and a respectable amount of luggage space were added, with the thoughtful design and elegant style Daimler-Benz has always been known for.

The 300 SL won rave reviews in Europe and North America, where it was met by deafening applause when introduced in New York in 1954. The car’s lack of trunk space–the trunk held a spare and gas tank, with space behind the front seats reserved for luggage–didn’t phase buyers, who were over the moon with the coupe’s performance. It held its own against British and Italian racing coupes in the same category, a feat worthy of recognition. Twenty-nine of the coupes were built with an all-aluminum body, and some even featured experimental fibreglass.

A three-cylinder straight-6 engine powered the 300 SL, fuelled by a Bosch direct-block mechanical fuel injector, which was revolutionary in a 4-stroke car. The standard engine featured a 8.55:1 compression ratio, making 215hp at 5,800 RPM. A sports engine option was also available. This model offered higher compression and a different camshaft. Both engines were mated to a manual four-stepped gearbox, which was eventually made available in gearings more friendly for road cars. Performance was directly related to the car’s rear axle ratio, which was adjusted after the 41st production car from 3.42:1 to 3.64:1.

Mercedes produced the 300 SL from 1954-1957, and followed it with another coupe at Max Hoffman’s request: a refined Roadster version of the 300 SL, with conventional doors in place of the Gullwing design, a standard engine, and a rear suspension redesigned for safer handling at the car’s upper limits. The value of the 300 SL has remained stable with just a few dips over the years since its release, and the availability of parts and materials to bring it back to its former glory are available (for a price), making this a contender for one of the most highly-desirable classic cars to emerge from the 1950’s.

Have questions about appraising or insuring your collector car? Feel free to get in touch with us; we’d love to talk.

END_OF_DOCUMENT_TOKEN_TO_BE_REPLACED 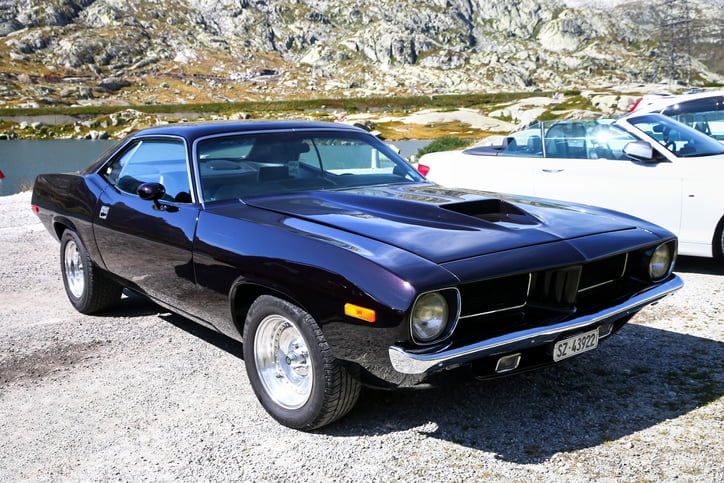