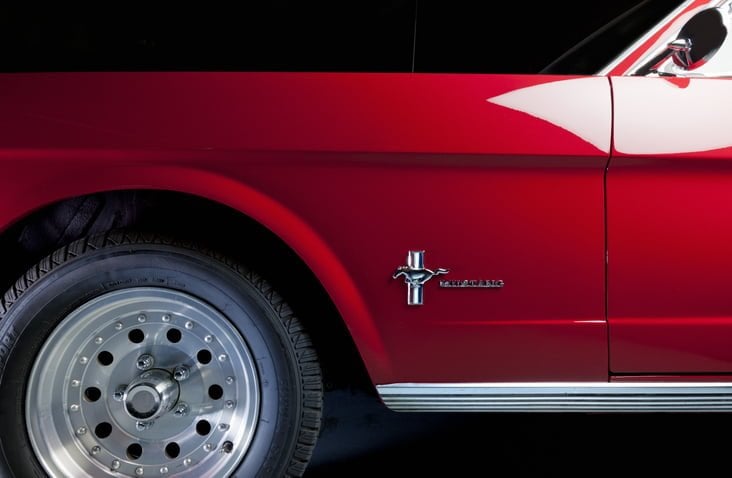 Classic Car of the Month: A Look at the 1964 Ford Mustang

When you think of a truly iconic collector car, what comes to mind? If it’s the 1964 Ford Mustang, you’re not only right, but also in for a real treat because we’re about to explore this classic in great detail. Here’s a look at just what makes this Mustang so special and so very deserving of a spot in your collection.

A Solid Start to a Long Line of Sheer Excellence

The 1964 Ford Mustang made its appearance just about 57 years ago with a much-anticipated announcement on April 17th. The first of its kind, this car had only exited the assembly line one month prior.

In fact, Ford dealerships were just getting their shipments of this awesome car that day, leading to much excitement about its release. To hype up the release even more, Ford decided to announce the creation of a GT Equipment package for the Mustang.

Only available for builds with V8 powerplants, this package improved looks and performance with:

Beyond all that, owners could choose between a 4.11 and 3.89 ratio for the rear axle to complete their build.

Since the release of the very first Mustang came several months into 1964, Ford declared it a half year car, although the date code was 1965. For the 1964.5 model year, this car came in three fun configurations: the coupe, convertible, and beloved fastback.

All three left onlookers starry-eyed and instantly in love with its sporty design. Across all three body designs, there was definitely something for everyone, no matter if you were looking for a sports car or fun family car.

Engine Choices Abound Much to the Delight of Everyone

In addition to all their stunning body configurations, Ford rolled out a ton of exciting engine options. The base model came with the 170-cubic-inch inline six cylinder, which produced just 101 horsepower. For those who wanted a bit more power, there was the 260-cubic-inch V8 powerplant with 164 horsepower.

The 271-horsepower V8 engine joined the lineup a bit later in the year, giving enthusiasts all the power they could want in a relatively tiny package. Unlike beefy V8 vehicles of the time, the Mustang had a much smaller footprint and a lot less weight.

Due to those reasons, this powerful 289-cubic-inch engine could keep up with much bigger powerplants with ease. Even more impressive was the fact that this engine produced about one horsepower per cubic inch, which was quite a feat back in the 1960s.

Ford Goes Big on Ads and the Sales Follow in Kind

As dealerships promoted the 1964 Mustang to everyone who walked through the doors, Ford came through with their own line of promotions to help out. They ran tons of huge print ads in all major publications and plastered this fun car all over the primetime commercial spots on TV.

Then, they took advantage of the ever-popular World’s Fair and plopped a Mustang right in the centre of the pavilion for all to ogle. The Mustangs even got their own ride, landing on the Magic Skyway, which let everyone cruise in style over the fairgrounds.

With all that going on, it’s no surprise that it didn’t take long for the Mustang to gain a loyal fanbase. In just six weeks, dealerships collectively sold 419,000 convertibles, fastbacks, and coupes, making it the best-selling compact in the nation.

Sales were so good, in fact, that the figures blasted past the original volume target of just 100,000 cars. By the end of the year, 559,451 of these cars were built, many of which sold as soon as they hit the sales lot.

Of these cars, just over 15,000 ended up with a V8 powerplant and the GT package, making them rather rare in the market today. They are well worth tracking down and adding to your stable, however, if you favour the 1965 Ford Mustang as your collector car of choice. But you’d better hurry because it’s just about time to get your classic car ready for all the spring events that are about to come your way.

How to Fix Dents on Your Collector Car

You spent significant time over the past winter working on your classic car to get it ready for the first drive of spring. Now you've noticed a minor ding on the door! Can you fix it without leaving it at your reliable auto body shop? Well, that all depends on the...

END_OF_DOCUMENT_TOKEN_TO_BE_REPLACED 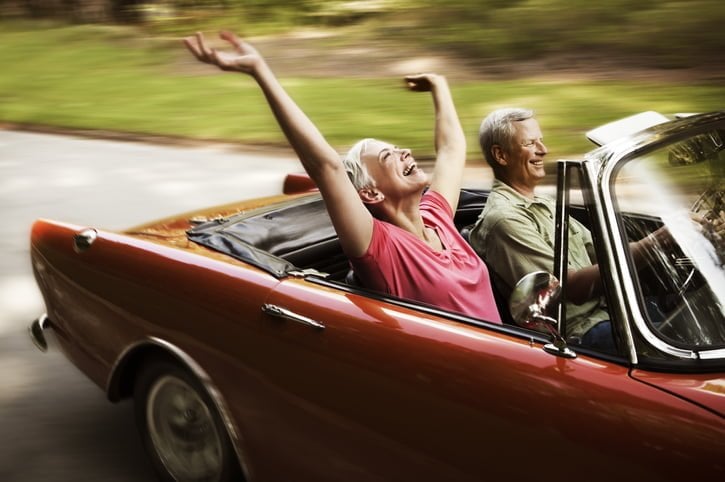 Yes! The sun is brighter and you have finally hung up the heavy snow gear. It is time to look forward to warm days spent cruising the open road in your classic car. Besides giving your baby a good wash, wax, and interior cleaning, what else do you need to do to...

END_OF_DOCUMENT_TOKEN_TO_BE_REPLACED

How Canadians Can Rent and Enjoy Classic Cars

If you are a classic car nut, you may have tried to rent a vintage Thunderbird or '57 Corvette only to discover that the most popular option of DriveShare was only available to residents of the United States. How frustrating! Good news! Changes in carshare laws in...