Camping Games For Fun Under The Sun

Let’s face it – most of us are creatures of habit. Our routines are comfortable and comforting. Yet, we all have moments where we crave a change from our normal routines to make life more interesting or exciting. Whether it’s trying a different campfire recipe, using new camping gear and equipment, or simply RVing at a new campsite, there is something exciting about exploring new. So, why not switch up your list of go-to camping games as well? Here are 7 camping games you (likely) haven’t tried yet!

A classic for some – this instant favourite has been seen less and less around campsites every year. Popular amongst older generations, many millennial families have yet to experience the Italian classic, Bocce. A mixture between lawn bowling and curling, participants try to roll their team’s colour as close as possible to a marker ball to earn points. Bocce is loads of fun while being a generally slow paced game. With the ability to play anywhere, it is a great game to have while camping.

Also known as bags, sack toss, or bean bag – this lawn game has had infinite variations since the late 1800’s. However, it most notably started receiving recognition when Popular Mechanics magazine released an article about a similar game known as “Bean-Bag Bull’s-eye” in 1974. Popularized in the Chicago area as a game called bags, companies started trying to release a commercialized version. In 2005 the American Cornhole Organization was established, and professional leagues, apps, and tournaments followed. You can find Cornhole being played all around the globe!

As a growing sport, Frisbee Golf is starting to get a lot more recognition at campgrounds. With a Professional Disc Golf Association (PDGA) fervently adding more and more courses to their official website, there is often chance that you can play close to home! Here is a list of all the campgrounds in Canada with registered Disc Golf Courses.

A difficult sport and a test of balance, Slacklining originated from university students emulating circus performers tight-rope walking. These brave youngsters tried a variety of different materials before settling on the stretchy nylon webbing used for producing modern slacklines. This flexible material has given a way for inventions of tricks, where if you’re talented enough, can include flips, walking backwards, and even bouncing off your chest. Surprising what some can do with a two-inch wide piece of material. However, if bouncing and injury doesn’t sound like your cup of tea, many Slackliners purely walk the line to work on balance and core strength. It has even been used in some athlete training regiments.

Some know the sport as simply as Roundnet. Created in 1989, this volleyball derived activity saw a resurgence of popularity after Chris Ruder released SpikeBall Inc. in 2008. Featuring a circular net stretched across a hula-hoop sized ring, teams of two spike, bump, and bash a ball off the springy surface towards an opposing group of players. Points are scored when an opposing team can’t return the ball. Lots of fun and an incredible workout, Spikeball will be pitting friends and families against each other in a fast-paced, mobile game.

Although it is a simple game, Ladder Ball can easily ruin relationships through the sheer amount of competitiveness it will bring out in you. Featuring three lateral beams suspended on a frame, players must lob bola-esque balls in an attempt to have them wrap around one of the beams. Points are scored for balls that manage to stay on their beam. Whomever gets 21 points first wins! Simple to grasp, and easy to transport, Ladder Ball is perfect for the entire family.

A game of skill, much akin to that of Horseshoes, Perfect Pitch (Washer Toss, Washers, Newfie Horseshoes) has teams pitching large washers into a segmented box or hole. If you manage to get it in or near the scoring zone it will contribute to your team’s points. A relaxed and laid back game, Perfect Pitch is great for the campsite, beach or anywhere! As this game only requires readily available pieces, many choose the DIY route and make their own.

Let us know if there are any great sports, games or activities your family brings while camping. We’re always excited to try something new.

Our Favourite Fall Camping Recipes to Keep You Cozy

Autumn camping adventures let you bask in the glow of the fall colours, skip the crowds, and enjoy the finest comfort foods around. Although pumpkin spice definitely steals the limelight, your autumn culinary journey definitely doesn’t have to end there. As the...

END_OF_DOCUMENT_TOKEN_TO_BE_REPLACED 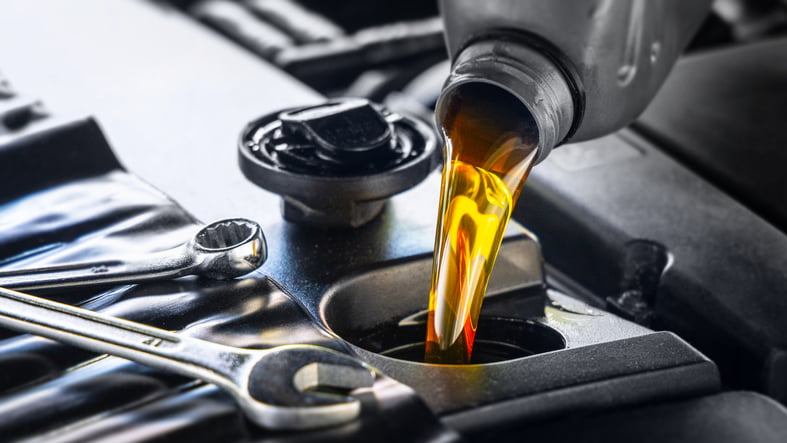 Whether you drive a beautiful Class A Tiffin Phaeton or smaller Class B Winnebago, it will need its oil changed on a regular basis. This chore isn't particularly difficult and with the right tools, space, and time, you can change the oil in your RV before your next...

END_OF_DOCUMENT_TOKEN_TO_BE_REPLACED

How to Create a Budget for Your First RV Trip

Expenses can add up quickly during your first RV trip, especially when you have no experience planning or following a budget. This blog explores common expenses you can expect to incur while RVing across Canada, along with how to reduce your RV trip budget in...