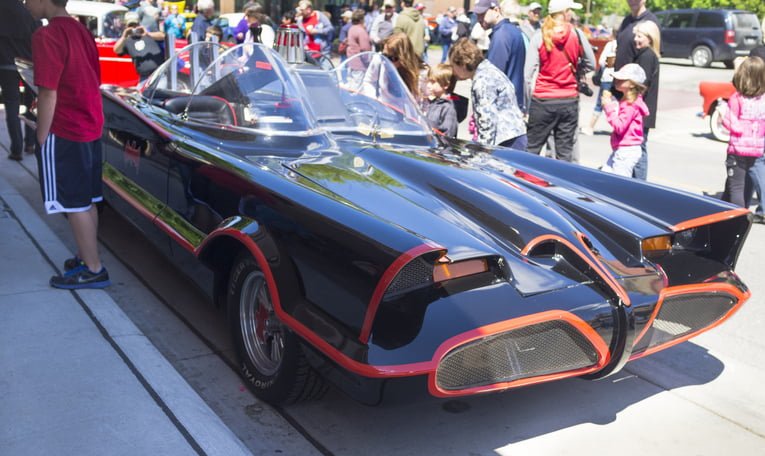 5 of the Most Iconic Cars From the Small Screen

Not all the stars of stage and screen are human… and some stars have four wheels. If you’ve ever been more excited about the autos featured in a show than the actual actors, you’re definitely not alone.

Though many shows feature cars in the background, there are a few that truly stand out. From Batman to Knight Rider, here are 5 times than an iconic car stole the show and took center stage. 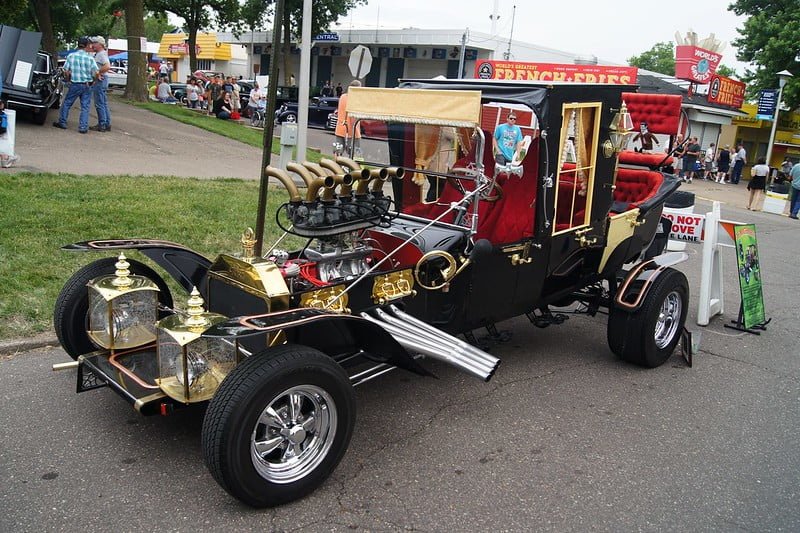 One of the first cars to feature prominently on a TV show, the Munster family Koach was a creepy masterpiece. Built in 1964, this modified Model T was somewhere between a hot rod and a hearse, and was powered by 289 cu.-in. Ford Cobra V8 engine.

At the time, customizations on the car cost $18,000 and included spider web headlights and a bloody, deep red interior that mimicked the velvet one might find lining a casket. Other features included an Insky camshaft, Jahns compression pistons, and racing headers by Bobby Barrs.

But it’s not easy building a car to fit a family of monsters. When dressed as Herman Munster, actor Fred Gwynne came in at more than 7 feet tall; he only fit behind the wheel after removing one of the blood-red seat cushions. 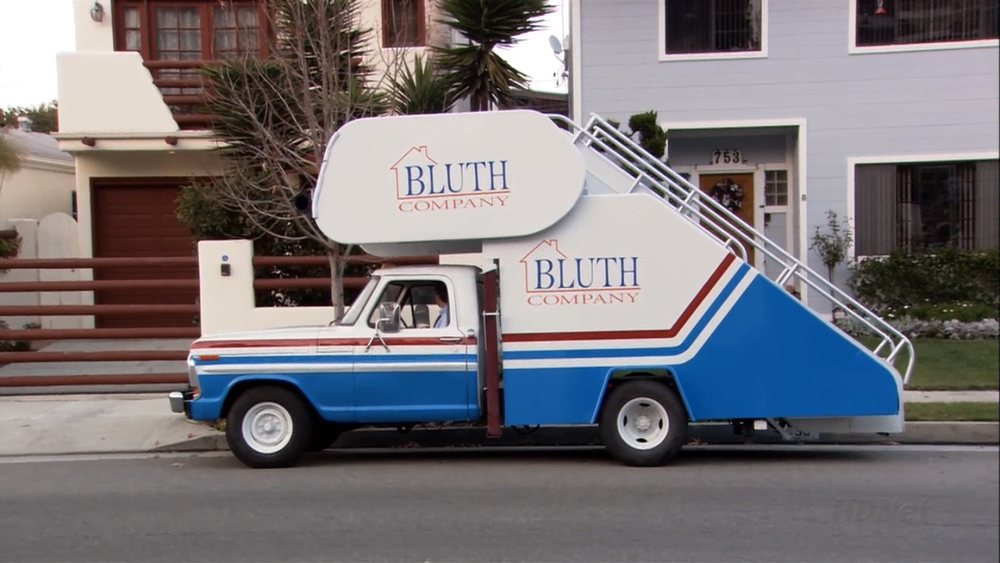 Taking the prize as one of television’s most dysfunctional families is no small achievement, and the Bluth family car just adds to the chaos. When they fell on difficult financial times, the family had to give up their private jet, but they kept their stair car and adopted it into daily use (as one does)… and hilarious hi-jinks ensued.

In Arrested Development’s five-season run, the Bluth Company Stair Car was the source of innumerable pratfalls, from “you’re gonna get some hop ons” to the tearing down of multiple overhead banners and, of course, prison breakouts. The truck is actually a modified Ford F-350. Show directors also used the souped up (staired up?) truck in the 2016 film Captain America: Civil War. 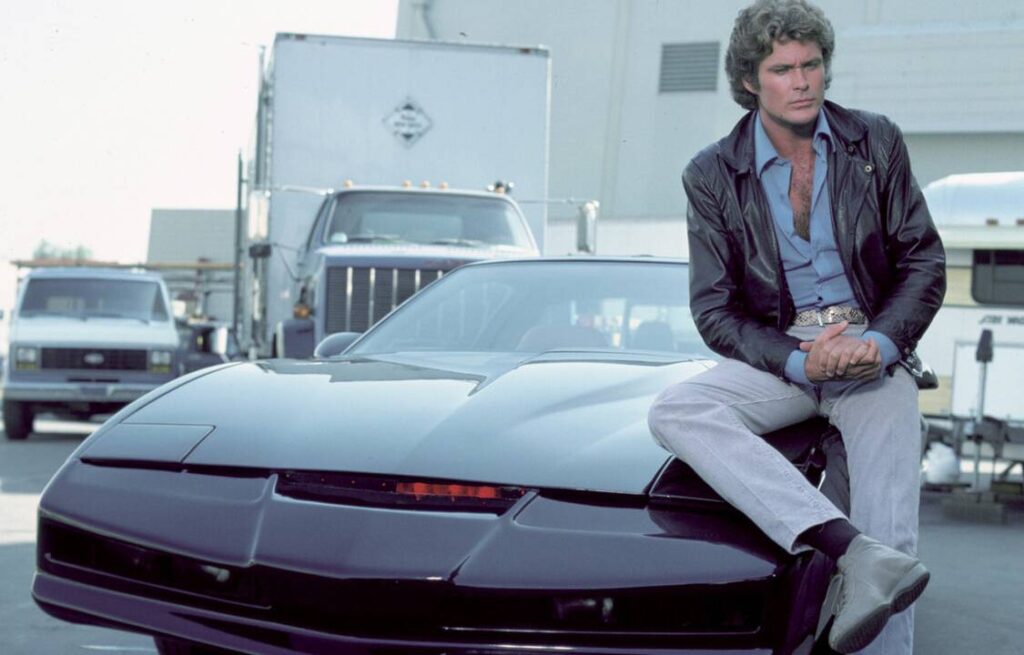 The year? 1982. The show? Knight Rider. The car? Knight Industries Two Thousand, a.k.a. KITT. This talking car stole the show when paired up to fight crime with actor David Hasselhoff.

Thanks to artificial intelligence, the black Pontiac Firebird Trans Am could think, learn, and talk. KITT could also ski, serve as an ATM, sniff for explosives, squirt tear gas, and shoot rockets.

More than 24 Trans Ams were used to play KITT in the series. When the show was at peak popularity, Trans Am owners could even buy an aftermarket kit that would add KITT’s red, roving “eye” to the front of their cars. 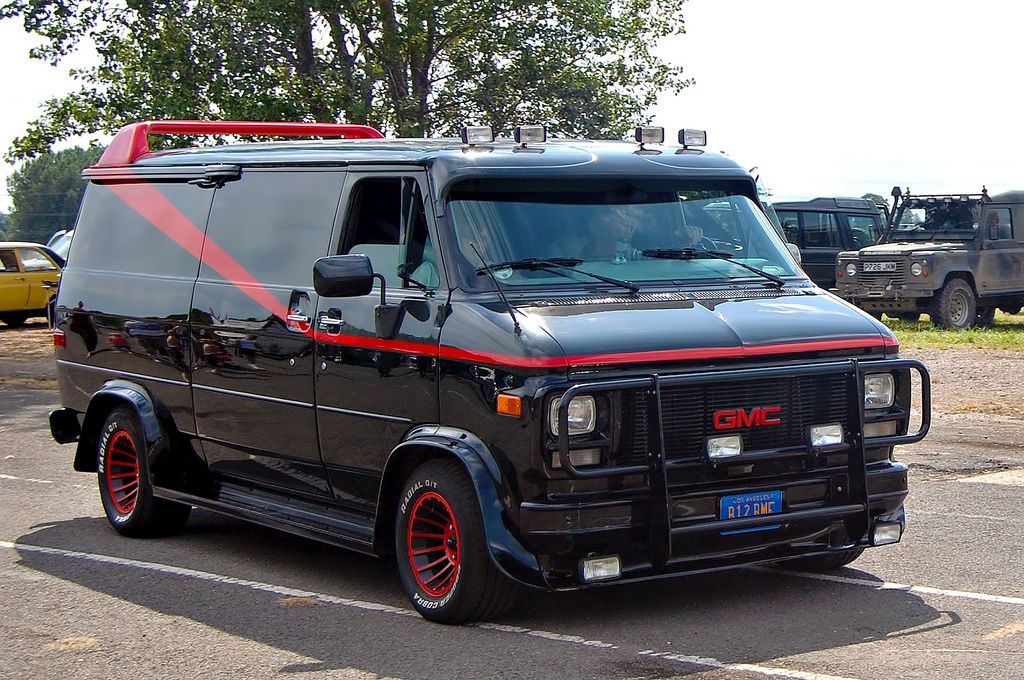 B.A. Baracas was not down with riding on a plane… and who could blame him, when he had a customized GMC Vandura as his ride? The hit 1980s show A-Team featured a fugitive group of ex-military solider of fortune who, along with the help of their van, fought for justice.

On the outside, this G-15 V-8 boasted red mag wheels, a spoiler on the roof, and some amazing striping work. The show used eight different vans over the show’s five seasons. Observant viewers may notice that sometimes the van had a sunroof, and other times… not so much.

No list of starring cars would be complete without a nod to the most iconic crime-fighting automobile of all time: The Batmobile. Though this superhero car started out as red in the original comic, when it debuted in the 1960s on the small screen, those sleek, black lines stole the show.

In Adam West’s Batman series, the Batmobile was played by a 1955 Lincoln Futura. The car started out with a B&M Hydro three-speed transmission and a 390ci V-8 engine. After three weeks of customization work by George Barris, the concept car gained a parachute, batphone, 450-watt laser beam headlights, a magnet, and a bat-tering ram, among many other bat-themed gadgets.

Though the original show only ran for three seasons, the Batmobile lives on in our collective memories and in many subsequent iterations on the big screen. In 2013, the Batmobile was purchased at auction for more than $4.5 million.

Time Killers & Boredom Busters for Your Next Long Road Trip

While travel-friendly tech & devices are great options too, we’ve put together some offline options to consider for your next car ride. Hands On Wikki Stix: These are a great road-friendly choice for keeping fun on (and in) hand! Another great choice where...

END_OF_DOCUMENT_TOKEN_TO_BE_REPLACED 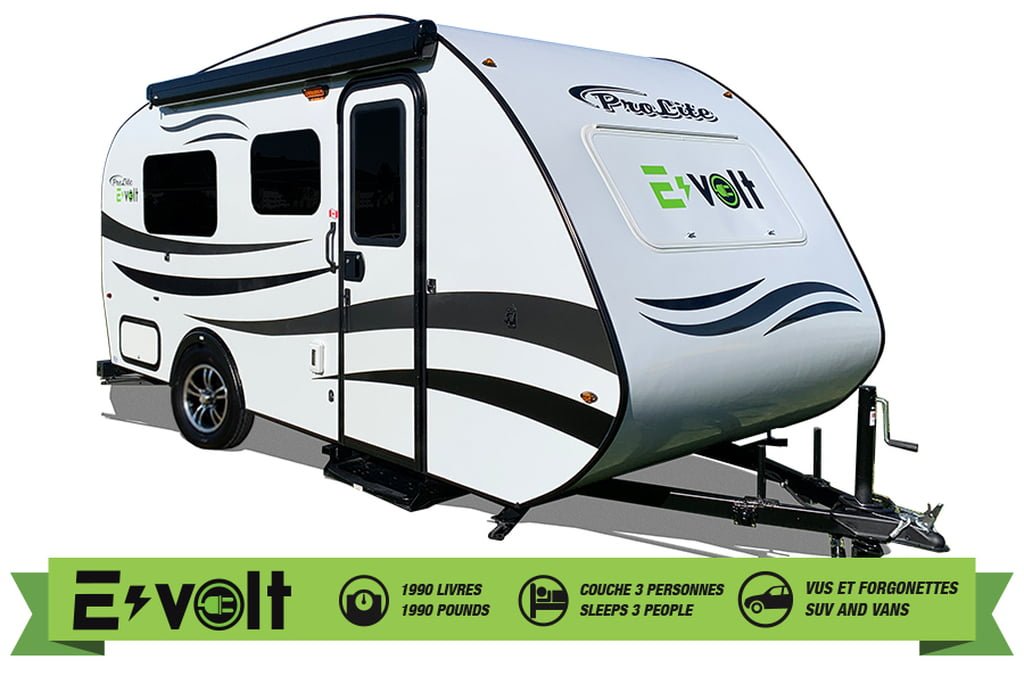 Welcome to The Future of Camping: Fully Electric RVs

Welcome to The Future of Camping: Fully Electric RVs

You probably see a few plug-in electric vehicles every day on your morning commute. You've heard about transport companies exploring ways to turn their tractor-trailers into electric versions. Well, what about the RV industry? There is no doubt that there should be...

END_OF_DOCUMENT_TOKEN_TO_BE_REPLACED

The stop-start, stop-start pattern of vacation planning has become the new standard for life in a pandemic with the epic proportions of Covid 19. Is it one we enjoy? No. Is it one that is necessary? YES.After all, the worst souvenir possible to bring home with you...