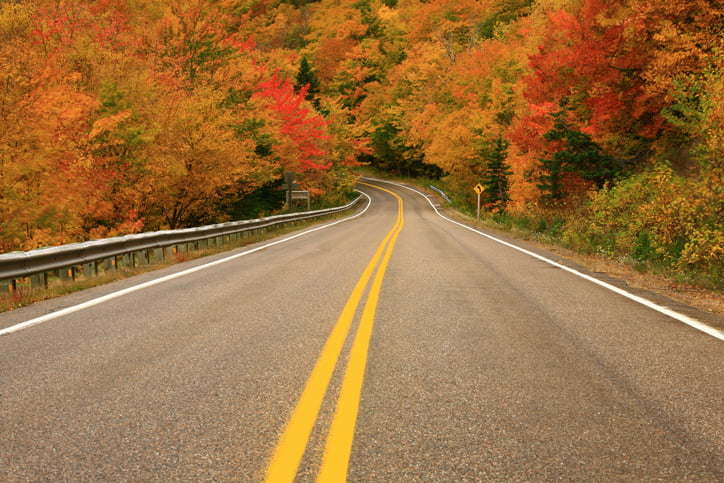 16 Scenic Drives to Take in Your Collector Car This Fall

Ah, fall: There’s no better season to hit the highways and byways in your collector car to see all that Canada has to offer. From stunning scenery to gorgeous foliage, autumn is the perfect time to take one last road trip before your car heads back to storage for the winter.

Here are a few of our favourite fall drives, from coast to coast.

You won’t want to miss the drive National Geographic calls one of the world’s best. The Icefields Parkway, a 232-km drive between Banff and Jasper, takes you on an up-close-and-personal tour of the Canadian Rockies. Keep your eyes peeled for moose, bears, bighorn sheep and caribou, as well as glaciers and mountain lakes.

But don’t stop once you’ve reached Banff. Keep going 71 more kilometres until you reach Moraine Lake, famous for its bright turquoise waters. Follow the winding road through colourful forest until you reach the evergreens; the road closes in October, so time your fall trip accordingly.

Take your time and explore the Qu’Appelle Valley on the Grand Tour. This route meanders from Lumsden to the Manitoba border, passing idyllic farmlands, rolling valleys, rivers and grasslands on the way.

Though you may not see fall colour at every turn, Saskatchewan’s Big Muddy region is a worthy fall destination. In the 480-km stretch of road between Regina and Cypress Hills, the prairies give way to softly undulating hills. Here you’ll find plenty of cultural interest sites, like the ancient indigenous landmarks at Castle Butte.

If you’re craving those red, orange and yellow tones, head to Manitoba’s Riding Mountain National Park. There’s nothing quite like cruising in your collector car on a crisp fall day as you pass tall grasses, forested woodlands, and wildlife such as bison, bear, moose, elk and wolves. The drive is about 35 km from Riding Mountain’s East Gate to Clear Lake.

There’s a reason why Ontario’s Muskoka is known as one of the best places to view fall leaves in Canada. Cruise past mirror-like lakes and ponds on twisting roads that take you past Lake of Bays’ Limberlost Forest and Wildlife Reserve, and J. Albert Bauer Provincial Park. For top-notch fall colour, drive the tree-lined Gravenhurst Road.

Get back to the wild on the Highway 60 Corridor. Open year-round, this 56-km drive winds through pristine forest. Stop by the Algonquin Logging Centre and Algonquin Art Centre to take in some local culture and history along the way.

For stunning fall colour, Eastern Townships’ Summit Drive can’t be beat. Stretching 193 km from Mont Ham to Mont Mégantic, you’ll be rewarded with quaint villages, shimmering lakes and alpine views. Bonus: Pick a day with clear weather and plan to stay after dark, as the Mégantic region — part of the International Dark Sky Reserve — is known for its amazing star gazing.

Just north of Montreal, the Laurentians offers 22,000 square km of outdoor recreational bliss, along with more refined pleasures such as spas, golf and a range of artisanal food producers. The region’s maple forests turn red, orange and gold in fall, making it easy to simply pick a road and go, stopping to sample the cheese, honey, sausages and maple syrup along the way.

Amazing foliage and some of the world’s highest tides await at the Bay of Fundy, where the water levels rise and fall by more then 15 metres every six hours; at low tide, you can drive across the sea floor to Ministers Island. For the best fall colour, plan to drive the Bay of Fundy during the first two weeks of October.

The “Acadian Joyride” winds for 500 km along the Gulf of St. Lawrence. Along with amazing sea views, you can browse shops in the region’s small towns and sample local delicacies like New Brunswick cider.

Start your fall experience in PEI with a trip over Canada’s longest bridge, the Confederation Bridge. Once you reach the island, loop around the west coast on the 350-km North Cape Coastal Drive, past lighthouses, traditional fishing villages and examples of indigenous Mi’kma culture.

If you’ve only got an hour to spare, make a slow loop around the Aspotogan Peninsula. This 50 km drive offers ocean views and sandy beaches, perfect for a cozy fall picnic.

Did we miss any of your favourite tours? Let us know!

5 Ways to Improve Wall Space in Your Garage

Garages are notoriously messy. Unorganized. Frustrating. They become the dumping ground for all the "utility stuff" that definitely doesn't belong in the house--along with the Christmas decorations, snow tires, and guilt that comes along with unfinished projects....

END_OF_DOCUMENT_TOKEN_TO_BE_REPLACED 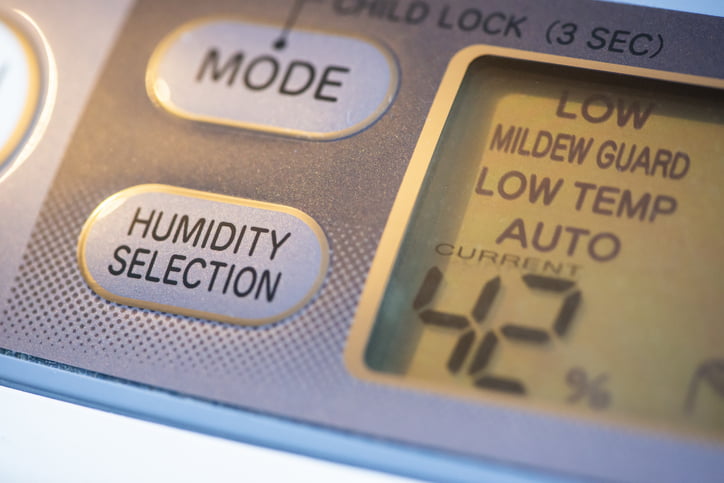 END_OF_DOCUMENT_TOKEN_TO_BE_REPLACED

4 Things to Consider When Choosing a Collector Car Storage Facility

Looking for a place to store your prized classic car can feel like slogging through molasses on a winter's day. Whether you're searching for winter storage or a year-round storage solution, you need a storage facility that's dependable, safe, and easy to access....