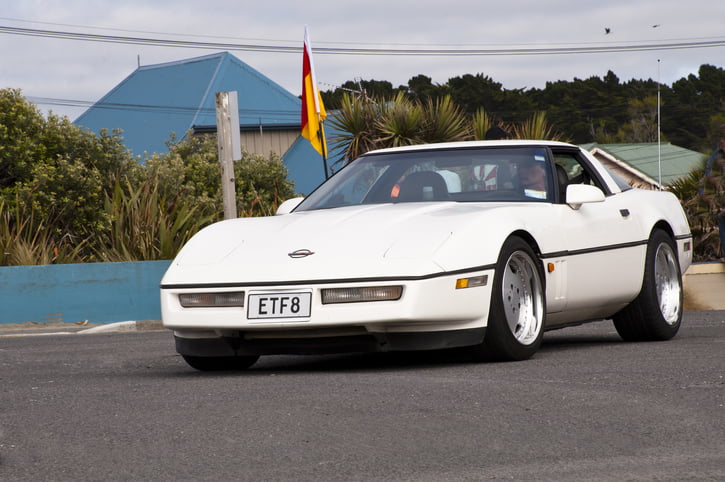 This year might have been one for the books, but it’s also been a great year for collector car owners and aspirants. Millennials are now the fastest-growing demographic of car collectors, with the most interest in pony and muscle cars from the late ’60s and ’70s. And they’re impacting the market in a big way, as they move toward everyday-drive vehicles packed with retro appeal. Today, the most popular collector cars run the gamut from SUV’s regaining fame to 1970’s muscle cars. And prices are shifting, as boomers unload their collections and millennials search for more practical, drivable classics to take to the streets rather than parking in a garage. With that said, here are some of this year’s favourites in no particular order–some surprising, some not so much.

The Volkswagon Corrados of the early ’90s surprised the market by their price and performance. An expensive performance car with a stubby, chunky body style, the Corrado boasted a four-cylinder, 158 hp engine called the “G60,” which VW boasted could accelerate faster than a Porche. Capable of speeds up to 140 mph, and featuring a motorized rear spoiler that raised at high speeds, the early ’90s VW Corrado was a coupe with a vision for the future.

An affordable classic sports car with that highly desirable Corvette style, the C4’s from the late ’80s and early ’90’s are lacking the power and performance of modern Corvettes and the stunning, curving lines of the older models. But they do offer a relatively accessible step into the classic sports car world, and most feature a 205 hp engine that is, quite honestly, nothing to sneeze at. These can be found at $6-10k today, and they’re downright fun to drive.

Millennials have a unique appreciation for SUV’s, and the Jeep is the iconic SUV that comes with its own cult community. The CJ-8 Scrambler in particular is highly desirable among off-roaders and collectors, who love the truck-meets-SUV styling of this off-roading master. The CJ-8 is an open-top model which was made in both soft and hard top options; some regarded it as a short pickup truck, while others viewed it as an elongated CJ-7. Either way, although it wasn’t entirely successful during its run, it’s a desirable collectible today–and likely to increase in value.

The Jeep Cherokee was one of the first SUV-cum-family cars to hit the market, the forerunner of vehicles like today’s Ford Explorer and Honda CRV. Their boxy but graceful body style, hallmark 4.0 litre inline-6, and Selec-Trac four-wheel-drive system made it an instant success with critics and car buyers alike, and it remains an incredibly popular classic today–equally at home on city streets or tearing it up on the back roads.

The question here is really whether or not cars from the early 2000’s can be considered classics. But these early 00’s Ferrari 360’s remain highly desirable among collectors, thanks to their sleek, unmistakably Ferrari styling, aluminum alloy body, and gorgeous transparent engine covers, along with the characteristic Ferrari performance and speed, which hardly needs to be mentioned.

These highly-desirable vehicles premiered in the 1990’s as an affordable alternative to the exclusive BMW coupe–about half the price of the coupe, but with classic BMW performance and handling and styling that has aged remarkably well over the years. The Roadster came with either 240 or 315 hp engines, and are typically valued in the $20-30k range today.

In line with the Jeep SUV appeal is the classic ’70s Harvester Scout, an blatant attempt by International Harvester to revitalize their classic work trucks to appeal to a more contemporary customer base. Harvester Scouts looked a little like a microwave on wheels, but they boasted a huge variety of options to appeal to a wide swath of adventurers. The result? A rugged, surprisingly maneuverable SUV that’s only become more attractive with the passing of time.

The original Honda CRX, released in 1984, was designed as a lightweight, two-seat commuter car, and it took off–with extraordinary gas mileage, great handling, a sporty look, and a price point that made it easily accessible. But when Honda upgraded the CRX to the Si version in 1988, it took off seamlessly into the performance world. The CRX Si featured a 1.6 litre, 106 hp engine and a curb weight of just 953 kg. The tight, quality feeling of driving these early CRX Si models is comparable to that of a high-end sports car. And while they remain very popular as we move into the next decade of the 2000’s, they’re becoming harder and harder to find.

This car might look like your run-of-the-mill two-door 1990’s-era coupe, but it packs the kind of power that keeps it high on the list of today’s collectors. This racing car features a 1.8 litre four-cylinder engine that topped out at the highest piston speed of any production-line car in the world when it was released. Minimal soundproofing and even more minimal safety features ensured a light frame and an incredibly responsive accelerator, despite the fact that it was a front-wheel-drive coupe.

Range Rovers have always had a certain level of prestige, and they’re only gaining in value as more of them leave the market. This is another example of an SUV that aged remarkably well, thanks to its understated but rugged styling and luxury details in a SUV package. The Range Rover was the first luxury SUV to hit the market, and it paved the way for the huge swath of vehicles that are so popular in today’s market. They’re still in high demand today, as buyers who love the SUV performance and aesthetic hit the market in search of a comfortable ride.

Have your eye on a classic car, and wondering what your options are for insuring a classic vehicle? We’re here to help.

END_OF_DOCUMENT_TOKEN_TO_BE_REPLACED 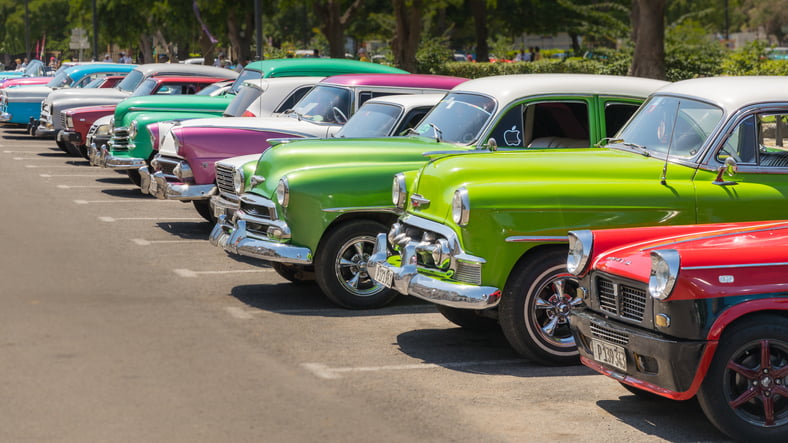